It's summertime in winter as museums reopen

Art Deco by the Sea

To this day, no matter what the reality, we tend see the seaside through the filter of Art Deco. It’s thanks in part to all those magnificent railways posters for places like Cleethorpes and Berwick on Tweed advertising posh, family-friendly destinations, lit by glorious sunshine and fronded with golden sands and clear blue waters. The origins of this idealised vision are fascinating.

The 1920s and 1930s saw the beginnings of mass tourism (a phenomenon later fuelled by the right to paid holidays) collide with a new art movement, Art Deco. The impact of the two forces was to prove astonishingly creative. Not only did it result in the transformation of the British seaside with a new outdoor culture of parks, circuses, fairgrounds and fun fairs but also an economic boom. Hotels and lidos were built and railways improved and extended so that people could travel and holiday in ever greater comfort.

Seeing the opportunity presented by all these visitors, companies like Poole Pottery, EKCO radios and Crysède textiles all set up manufacturing concerns near the new attractions. They were soon selling their goods across the world.

This delightful exhibition explores the phenomenal legacy of this aesthetic and commercial Big Bang through 120 works ranging from paintings and posters to ceramics and textiles.

Art Deco by the Sea also looks at examples of the iconic architecture such as the Midland Hotel in Morecambe and Edinburgh’s famous Portobello Lido that catered to the new crowds. It touches too on the jazz craze which swept into Europe and itself fuelled a plethora of new fashions from flapper dresses to pottery design.

Inspired by the French realists, a collection of young Scottish artists formed a group in the 1880s that aimed to defy Victorian art conventions particularly as represented by the Edinburgh elite. It called itself The Glasgow Boys and went on to achieve international fame. Not for these painters the idealised and sentimental Victorian pictures of Highland glens and lakes but the raw truth of rural and urban life – the blood, sweat and tears that marked the average life of the labouring masses. 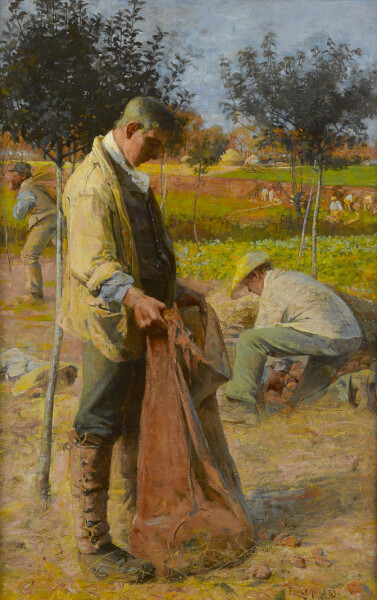 One of the painters they most admired was Jules Bastien‐Lepage and he encouraged them to get closer to their subject matter by moving to the countryside. Thus arose an artist’s colony in Cockburnspath, a tiny village in Berwickshire just up the coast from the Granary Gallery which is hosting this show. 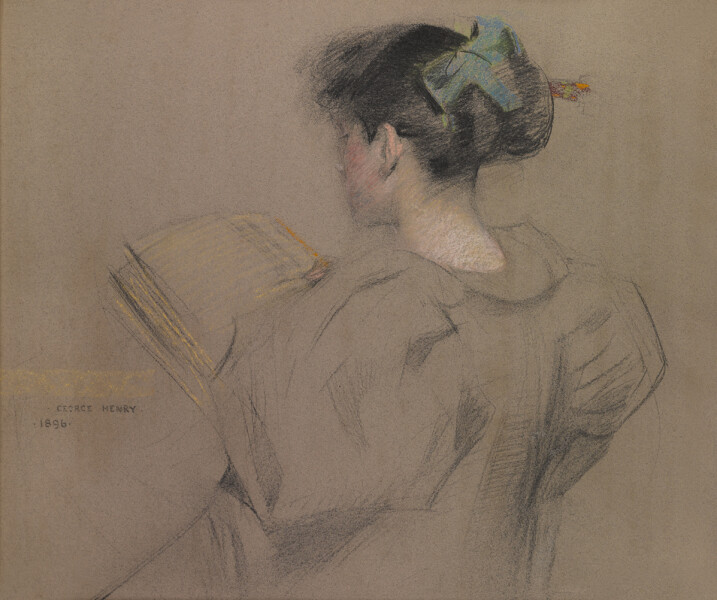 The exhibition, which focusses on the years 1880-1895, also pays tribute to three outstanding female painters, Flora MacDonald Reid, Bessie MacNicol and Katherine Cameron, the ‘Girls’ of the title who moved in the same circles and were guided by the same principles.

Thanks in part to wealthy Glasgow industrialists who collected the works of the Boys and Girls they have been propelled onto the world stage.

Says Curator James Knox, director of the Fleming Collection of Scottish Art: “Art is a great consolation in difficult times – and never more so when it displays the energy, innovation, technical brilliance and beauty of the work of the young Glasgow painters of the 1880s. This is their first museum show in the UK for almost 10 years to which is now added the revelatory talent of the previously neglected women artists of the movement.”

Until 15 November 2020. The Granary Gallery, Berwick-upon-Tweed

The Roald Dahl Museum in Great Missenden re-opened in September after a six month closure. Gipsy House was the home of the famed children’s and short story writer for 36 years until his death in 1990. His books, which have sold more than 250 million copies, include James and the Giant Peach, Charlie and the Chocolate Factory and the BFG. Born of Norwegian immigrant parents in Wales, Dahl was a fighter pilot before penning numerous outstanding books from the 1940s onwards which are loved by children and parents alike.

Visitors to the museum must book in advance, with a maximum of 10 people from the same family or bubble allowed. Ahead of every visit, the group will be asked to share their favourite Dahl stories and characters, so their visit can be personalised by an expert guide, offering an unique VIP experience of this enchanting museum.

The Loneliness of the Soul

Works by British artist Tracey ‘My Bed’ Emin and Expressionist Edvard ‘the Scream’ Munch will be shown together at the Royal Academy this winter. Emin has chosen 19 works by the Norwegian which greatly inspired her as a student. Pairing old and new artists is a major trend among museums keen to come up with new ways of looking at works we may have seen many times before. It is not a sure recipe for success – in many cases the modern artist comes off badly.

Nevertheless Emin is greatly revered by the arts world – she was professor of drawing for two years at the Royal Academy and is herself an Academician. Visitors to the Royal Academy will also be able to see the delayed Summer Exhibition – which runs until January and is the only world’s largest open submission art show, held for the first time in winter. All visits must be pre-booked.

Journey Along the Kisokaidō road: Hiroshige to Kuniyoshi

In Paris, the Musée Cernuschi’s re-opens with a major exhibition of Japanese prints, some on display for the first time. Visitors will travel along Japan’s mythical Kisokaidō – one of the five road networks created in the Tokugawa period (1603–1868) which linked Edo (now Tōkyō) with Kyōto, the ancient capital and seat of the Emperor. Unlike the more famed Tōkaidō road, with its 53 coastal stations the Kisokaidō crossed the mountainous interior following a longer and more arduous route through steep passes that yielded many dramatic views for artists. 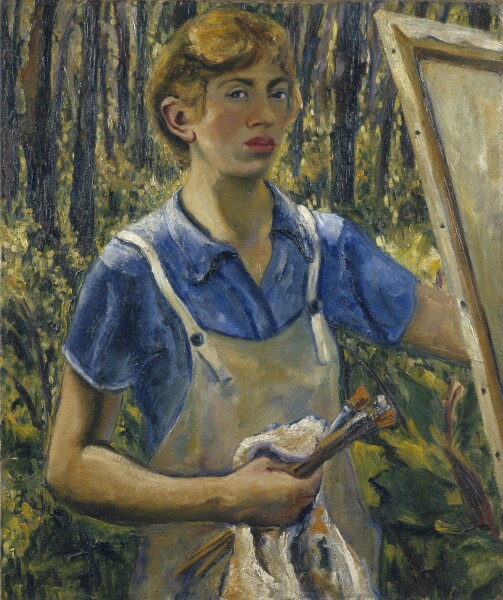 Another chance to see the extraordinary oeuvre of Lee Krasner as the acclaimed show travels to Spain. Krasner, the wife of Jackson Pollock, lived in his shadow for much of her professional life. Working side by side with Pollock in their two studios on Long Island (open to the public by reservation) the art scene was dominated by men at the time; one misogynistic reviewer of 1939 dismissed her as “tidying up her husband’s style”.

It is likely that such criticism caused her to destroy many of her works Among the 100 items on show are a series of collages made from shreds of her own discarded work and the only real signature style that she developed.

Krasner did rebuild her career following the death of her alcoholic husband at the wheel and after moving into the barn studio he had build at their Long Island home, she produced some of her greatest works. 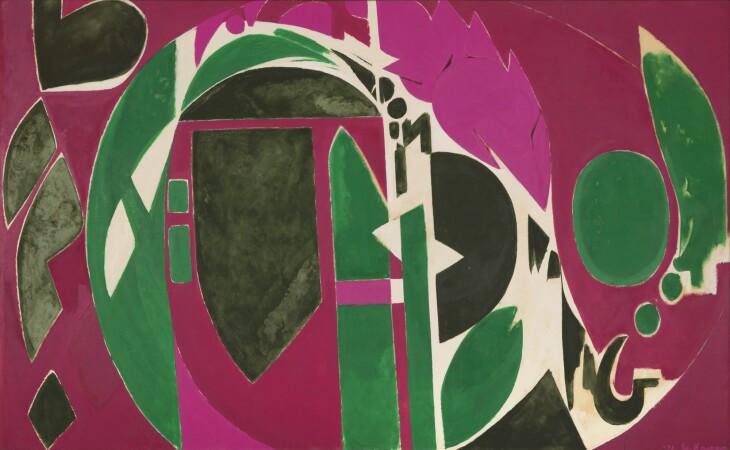 She was 75 before she finally got a major retrospective and she died a year later. Even now, few will have heard of her name. 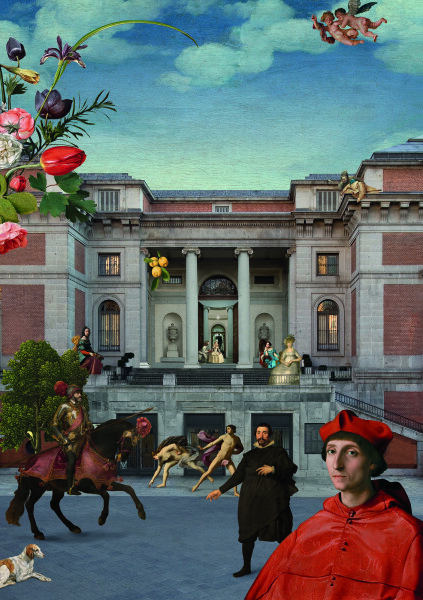 The Prado Museum in Madrid has been working hard to reopen galleries. It major show for 2020, Uninvited Guests, postponed due to the pandemic has now opened. The exhibition focuses on the role of women in the Spanish art system in the late 19th and early 20th centuries.

There are three distinct sections. Images of women that were legitimised by the State through prizes, exhibitions and museums and the position that women occupied in society at this period form the first part of the show. Secondly, through major works of 19th century art, it maps out the subordinate role that the system conceded to women.

Finally, it tells the story of the epic journey that women were obliged to undertake in order to free themselves from the limitations imposed on them due to their sex.