Why is this 15th century work of art cracking up?

An extensive restoration programme that is being run by the Fabre Museum in Montpellier will give the public an opportunity to understand more about this complex interaction between science and art. Six works representing five artistic media have been selected for the exhibition a decade after the re-opening of the Fabre in 2007. The works in question include a 15th century wood panel painting, an oil on canvas painting, sculpture, drawing and ‘contemporary materials’.

One project now on show is that of The Holy Trinity, a painted panel of Spanish or Flemish origin dated ca. 1500. The anonymous work is composed of four planks of wood which have continued to warp and crack despite various attempts to stem the problem.

A panel of parquetry was fixed to the reverse of the painting in the 1970s but despite this and climatic regulation, the problem has remained.

Now the work has been installed in a climatically enclosed casing with a set of sensors attached to the panels that record minute variations. These measurements which are presented regularly to the public, will allow conservators to better understand how the work is reacting to its environment. 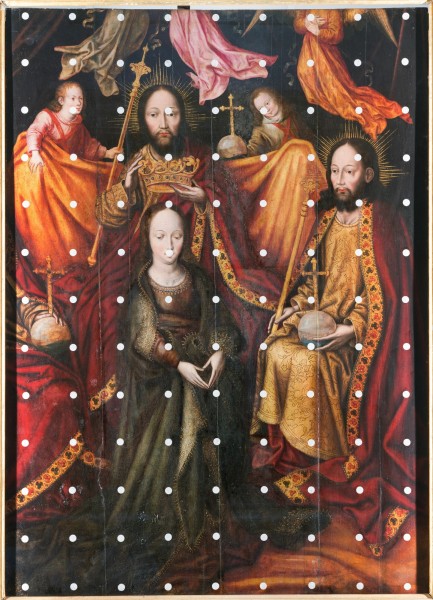 The Holy Trinity (above) can be seen in Hall 9 of the museum. “The purpose of the installation is to make the public discover a work of art in its materiality and not only in its visual appearance,” said director Michel Hilaire.

In July, as part of the 10th anniversary celebration, in partnership with the Pompidou Center (which is celebrating its 40th anniversary), the Fabre Museum will present an exhibition that juxtaposes Francis Bacon and Bruce Nauman, two major artists of the 20th century.

With the second largest budget for art after Paris, Montpellier is forging ahead with a multi-site arts programme, MoCo, linking new and old art spaces in the Mediterranean city.

First stop for spring visitors should be the Fabre Museum, a converted 1825 mansion that houses works amassed by its eponymous founder Francois-Xavier Fabre. Bonjour M Courbet- a portrait of Fabre meeting Gustave Courbet – is among its great treasures. 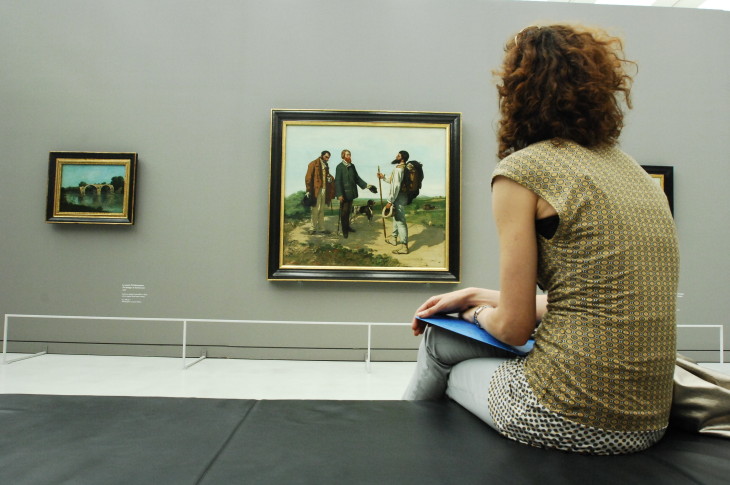 Within walking distance of this outstanding collection of works spanning the 14th to 21st centuries is the vast void of the Carre Sainte-Anne, a former church and now arts space, and La Panacee, the old medical school, whose new director Nicolas Bourriaud is a former Tate Britain curator.

The best way to take in the wealth of culture is through guided tours organised by the Tourist Office’s programme illuminating 1,000 years of the city’s history.