Andrea Marechal Watson takes a look at spring shows from London, Cambridge, Bonn, Vienna and, Washington DC and enters the magical world of the new Story Museum in Oxford

Not so, this is a huge and inspirational show with paintings in oil, gouache and watercolour, sculptures, films, cutouts, vast charcoals and even a few tiddly drawings. Paper was a sacred commodity to Picasso who hoarded the tiniest scraps and treated everything from handmade Japanese tissues to blotting paper with equal reverence. Just one example of this is the collage, Femmes à leur toilette, created of samples that Picasso obtained from wallpaper shops.

Until 13th April at the Royal Academy Piccadilly London UK

A Salvador Dali painting that could well surpass its £10 million estimate leads Bonhams Impressionist and Modern Art Sale in London on 26th March. Couple aux têtes pleines de nuages, has never been seen at auction before. The work depicts Dalí and his wife Gala formed only by the outlines of the frames. The strange motifs – scattered rocks, a disfigured tree, indistinct human figures, a girl skipping, a giraffe on fire, and clouds that fill the frames are recurrent Freudian themes in the surrealist iconography. Painted in 1937 Bonhams expert India Phillips says: “Dalí painted these monumental panels at a time of intense personal discovery and expression, while the world around him erupted into conflict. Simply put, it is one of the most exciting works by Dalí ever to come to the market.” The work was part of the collection of the Italian composer Giacinto Scelsi and featured in the exhibition Dalí / Duchamp at The Royal Academy in 2018.

he Cindy Sherman Effect: Identity and Transformation in Contemporary Art

Cindy Sherman tends to divide audiences. Perhaps that is the inevitable result of creating an artistic persona built on exploiting one’s own body. The American photographer, now 65, has using her camera as a mirror since the 1970s in an endless quest to explore her ego and alter egos. This new exhibition in Vienna’s Kunstforum, juxtaposes works by Sherman with a new generation of artists including notables such as Sarah Lucas, Gavin Turk and Gillian Wearing all exploring the hot topic of identity politics. Globalisation, technological advances, mass migration and even climate change may all in some ways be the root of a growing obsession with ourselves. The works here explore the uneasy relationships, including with our own bodies, which are the inevitable consequence of this shifting world.

Until 21st June at the Bank Austria Kunstforum, Vienna, Austria

Feast and Fast: the Art of Food in Europe

No sooner had Last Supper in Pompeii drawn to a close at the Ashmolean in Oxford than a giant pineapple by food artists Bompas & Parr appeared outside the Fitzwilliam in Cambridge to announce the opening of Feast & Fast. Inevitably some critics teased that the old rivalry was at work but given the universal fascination with culinary matters it is hardly surprising. Food and culture have always been intertwined. The 300 objects here do more than show the brilliance of tablewares from a gilded rosewater basic used by Elizabeth I to the 18th century rabbit tureen in which the victim (presumably) stewed. There are paintings, and manuscripts, recipes and notebooks and lessons on how to get bees to return to their hives. All in all such a feast of material that one critic suggested that visitors might come away with intellectual indigestion of they took it too fast. Which brings me to the fast part of the title. Those would be the fasting vessels used by that pack of old killjoys, the Puritans.

Until 26th April at the Fitzwilliam Museum, Cambridge, UK.

A magical museum devoted to the history and art of storytelling is to open next month having found a permanent home in the perfect city: Oxford. Among the features which will cast a spell on all ages are the Enchanted Library, eight immersive rooms where visitors step inside scenes lifted from the pages of children’s books such as His Dark Materials and The Chronicles of Narnia. In a mysterious indoor forest, the trees echo with recorded stories from across the globe and in Small Worlds the very young can enjoy storytime in a giant bed draped with star-studded curtains. The art of storytelling – which dates back to the great epics like Gilgamesh and Beowulf – has been making a big comeback with festivals now held across Europe and the United States. Rich oral traditions that were in danger of being lost are being revived and there has never been more demand for children’s books. In the Shed, a theatre with walls made of reclaimed doors, performances and puppet shows will take place while world of Hogwarts has inspired the museum’s new learning studio, The Common Room.


The hundreds of events celebrating the 250th anniversary of Beethoven’s birth include an exhibition in the Bundeskunsthalle, Bonn, his native city. Ludwig van Beethoven (1770–1827) is probably the world’s most-played classical composer but how much do we know of his life – apart from his legendary deafness? What of his homes, his loves and his finances? Here is a chance to see the real man behind the myth of the lonely and tormented genius. 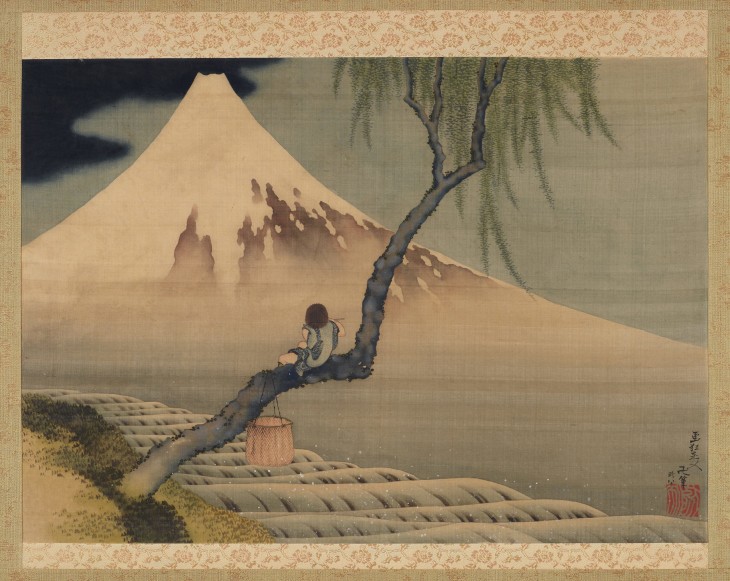 The Japanese artist Katsushika Hokusai (1760–1849) is invariably linked to one particular work – Great Wave Off the Coast of Kanagawa. It is something of a shame that the thousands of other masterpieces Hokusai produced in his long life have been overshadowed by the ‘fridge magnet’ effect of endless reproduction. Here is a chance to set that right as the world’s largest collection of works by Hokusai goes on display at the Freer in celebration of the Tokyo Olympics. The works range from six-panel screens and hanging scrolls to tiny drawings and 18th century versions of manga, his humorous records of everyday life in Japan. For a lesson in humility, hear the words of the self-named Old Man Mad About Drawing: “All I have done before the age of 70 is not worth bothering with. At 75 I’ll have learned something of the pattern of nature, of animals, of plants, of trees, birds, fish and insects. When I am 80 you will see real progress. At 90 I shall have cut my way deeply into the mystery of life itself. At 100, I shall be a marvellous artist. At 110, everything I create; a dot, a line, will jump to life as never before. ” Hokusai died aged 89.

Throughout 2020 at the Freer, Washington DC, USA.