My family, warthogs and other animals

The Shamwari Game Reserve is a natural paradise where you can see elephants, giraffes, lions, cheetahs, rhinos (both black and white) and a host of antelope species. Even on a very bad day you are guaranteed to see a warthog!

Elephants on the move in Shamwari Game Reserve

The hind end of an elephant. According to The Art Newspaper correspondent Georgina Adam pictures of the rear of elephants sell for less that those of their fronts!

Jean one of our rangers on a scary walkabout to scout rhino. We were told to stay very quiet and walk in a line behind him. He said, if we were surprised by an animal, we were absolutely not to run: “You run and I will watch the fun!” 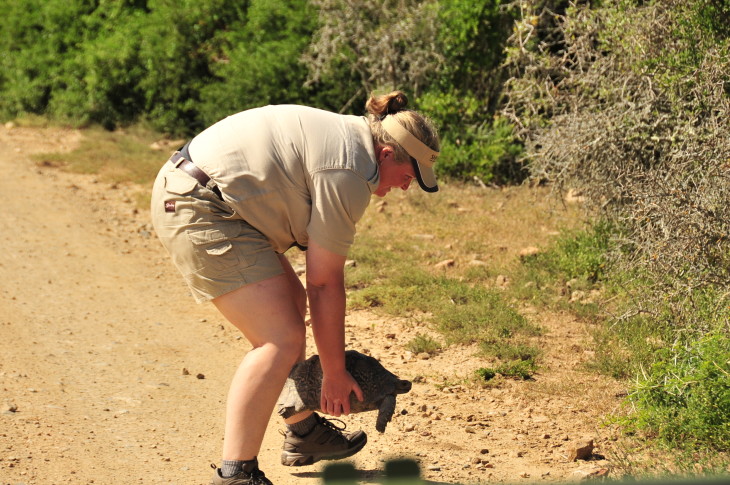 Jenni our guide helping a tortoise cross the road