Jane Austen and a steep learning curve on Box Hill

MARKING 200 YEARS since the death of the great Jane Austen, a hotel at the foot of the famous hill which plays a pivotal part in her novel Persuasion has come up with a novel walking tour.

The Mercure Box Hill Burford Bridge Hotel, to give the establishment its new title (it used to be the plain Burford Bridge Hotel), is offering Austen-themed afternoon teas with Bath buns and cucumber sandwiches until September 10th. Guests are also given a complimentary walking map with points of interest and brief details of some of the great literary figures who have connections with this beautiful part of the Surrey Hills. 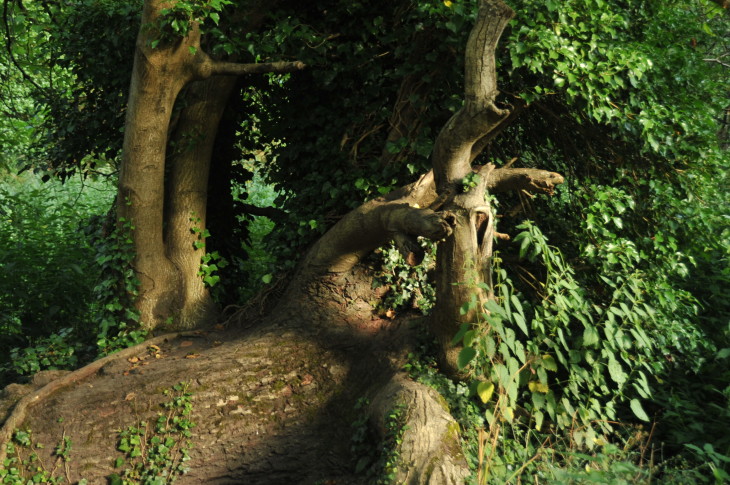 Box Hill, voted by Telegraph readers a few years ago as the best place to eat outdoors, has a long history of picnicking. By the time Persuasion was written, families would arrive in large numbers to induge in this very English of diversions. Emma Woodhouse, the heroine of the novel, chooses Box Hill for such a party, with everyone having a burst of admiration on arrival. I defy anyone today not to feel the same way about this extraordinary landmark, gifted to the British nation by Leopold Salomons, a banker, in 1914. The hill takes its name from the ancient box woodland marking slopes which rise steeply from the wandering River Mole skirting part of its southern border. 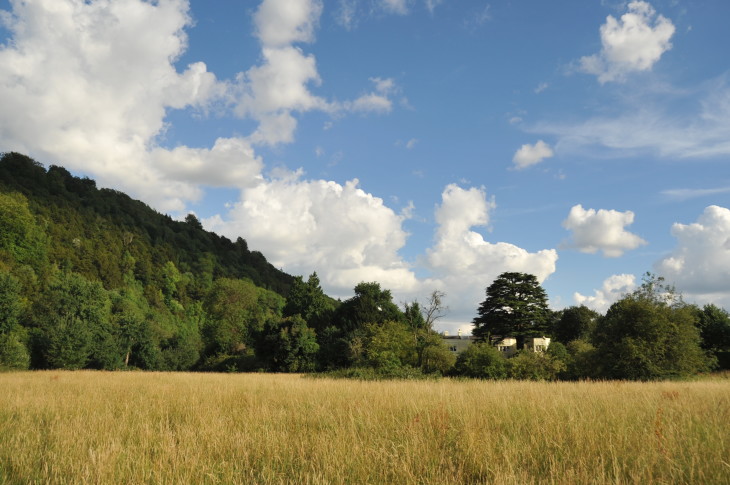 Herein lies one of the problems of this Jane Austen tea experience. If you are to indulge in the full spread of cakes and buns and sandwiches ( and a £19.95 a head why waste anything?) and then embark with the map, you will soon find just how steep this ascent is. I for one would not attempt it with a full stomach. In fact, the arduous nature of the terrain is part of the reason for the unpleasantness which soon develops among Emma’s party with her becoming fractious and ending up in tears. Obviously given this, it would seem to be better to take the walk first, develop and appetite and scoff the Bath buns at the end of the day.

Either way, you will need to be fit and in possession of a good stout pair of shoes for neither going up or coming down are a doddle, in fact down is a greater strain on the knees. Still I did it with one dodgy knee and was more than rewarded, not only by discovering the many histories attached to Box Hill but by the raw beauty of this Area of Outstanding Natural Beauty. 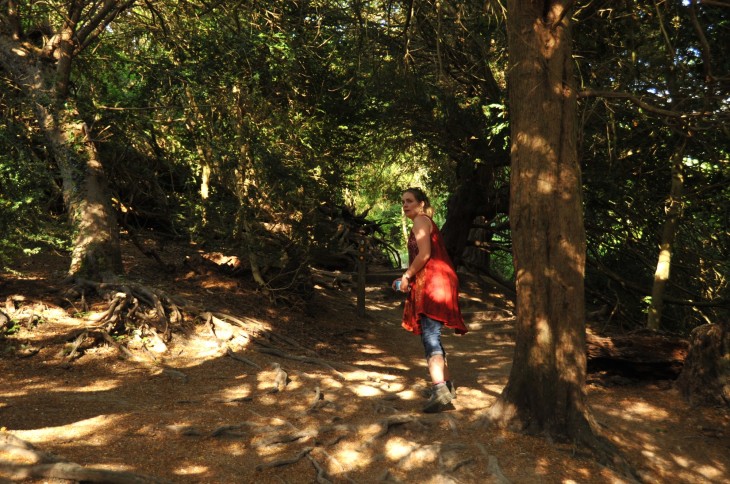 In particular our guide, author Kathy Atherton, a great supporter of and contributor to the Dorking Local History Group, brought to life the background to the Battle of Dorking by George Tomkyns Chesney which led to the fortifications which line the area including the Box Hill Fort and helped inspire H. G. Wells’s novel The War of the Worlds.

Among other literary and artistic notables with local attachments that sprang forth as she effortlessly climbed the hill were George Meredith and Vaughan Williams and the tragic John Keats, who is said to have written Endymion while a guest at the hotel. 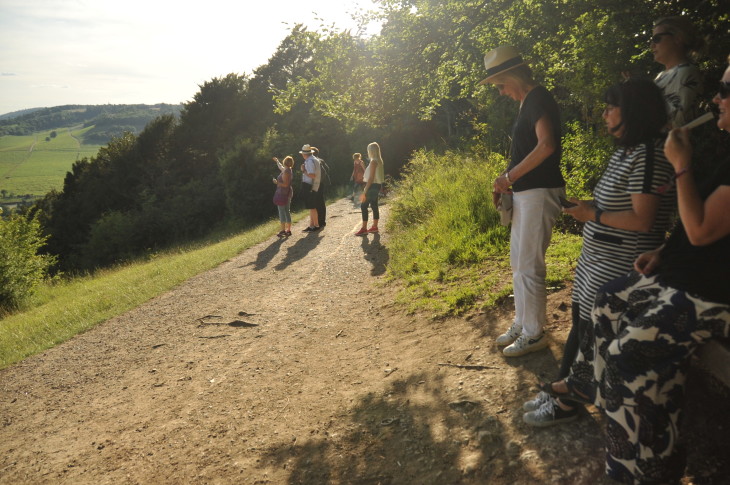