Food for thought - five of the best autumn art shows

When Vesuvius erupted in AD 79, the people of Pompeii were doing what Romans loved best – eating, drinking and producing food from the many kitchen gardens and vineyards serving the city. Last Supper in Pompeii explores this ancient Italian love affair through exquisite mosaics, wall paintings, statues and objects, many never seen outside Italy before. They range from the spectacular furnishings of the Roman dining room to food carbonized as the volcano erupted.

Even in death, they were obsessed with food, burial chests show them as reclining banqueters feasting in the afterlife; tomb panels are decorated with delicacies and terracotta models of pomegranates, grapes, figs, almonds, cheeses, and focaccia bread were buried in graves so they would never be deprived of a good meal. In today’s food-obsessed culture, few topics serve better to connect us with the people of the ancient world. Pompeii remains an archaeological miracle – one of the most visited historic sites on the globe. Curator Dr Paul Roberts says: “Our fascination with the doomed people of Pompeii and their everyday lives has never waned.”

The exhibition includes a recreated Roman dining room or triclinium with frescoes from the House of the Golden Bracelet, mosaics, silver dinnerware and a statue of Apollo bearing a tray of food as well as a filthy kitchen where the food was prepared by slaves. The exhibition closes with the now-famous ‘resin lady’ of Oplontis who had taken refuge in one of the storerooms – and a gruesome relic.

Until January 19th at the Ashmolean Museum, Oxford, UK

A group of young American artists descended on Giverny, the home of the great impressionist Claude Monet, at the turn of the 19th century establishing a colony there. One indeed, Theodore Butler and one was lucky enough to woo and marry the great man’s stepdaughter Susanne Hoschede. So many of came to paint haystacks and poppy fields that the American Terra Foundation built a museum in Giverny to house their works. In 2005 this was transferred to the French government and renamed (somewhat oddly) the Giverny Museum of Impressionisms. A new exhibition devoted to Ker-Xavier Roussel (1867–1944) includes 100 paintings that take you from his decorative Nabis period works to strange pastoral scenes of half naked woman, children, nymphs and fauns in the lush and now lost landscapes which the impressionists so adored. Of course you will be bound to visit the home and gardens of Monet which are on the doorstep.

Until 11th November at the Museum of Impressionisms, Giverny, France. 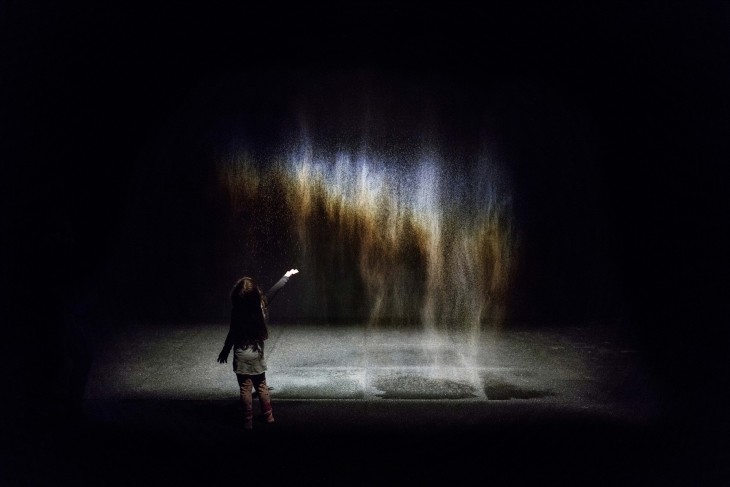 Those lucky enough to have seen the Tate’s Turbine Hall installation The Weather Project in 2003 have a second chance to experience the magic of the Icelandic artist. His genius is in creating immersive installations using light, water, colour, mist, mirrors, smoke etc in which the interaction of the visitor can be as important as the work of art.

More than 2 million people visited the Weather Project – many returning to experience it a second time. Eliasson, who now lives in Berlin, a city he says has gone from being radical to ‘conventional’ engages closely with issues of climate change and the environment as well he might. 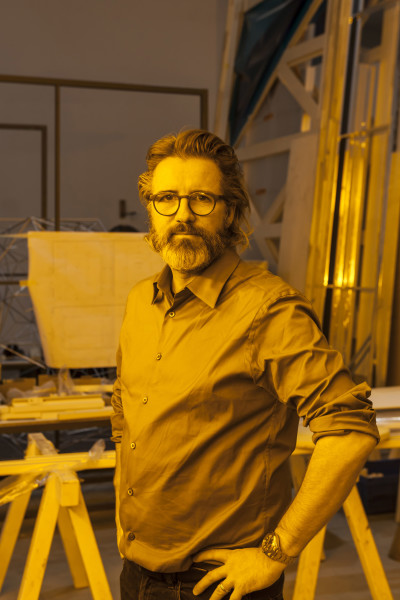 A recent undertaking was to re-take a series of photos of glaciers in Iceland. You can guess the outcome of the measurements. .

People have worn masks since the dawn of history. Hunters adopted the fearsome horns of animals, carnival goers delighted in the secrecy they lent to their revelry, actors and playwrights make endless use of the mask. Ethnographic art is a particularly rich place to look for examples but the Aargauer Kunsthaus show avoids ethnological and historical examples and focuses on contemporary works to explore all levels of this interesting subject.

Until January 5th at the Aargauer Kunsthaus, Aarau, Switzerland.


The figurative paintings of Baselitz, Richter, Polke and Kiefer challenged the primacy of abstraction in the 1960s and as we learn from this show helped pave the way for a new positive image of post-war Germany.

Curated by Götz Adriani, a close friend of the artists, the 100 works reflect and explore an era that we look back on nostalgically as the Swinging Sixties.

From 13th September to January 5th 2020 at the Deichtorhallen, Hamburg, Germany.